You may have already met my husband.  AKA Mr Bodysoluble. This guy. 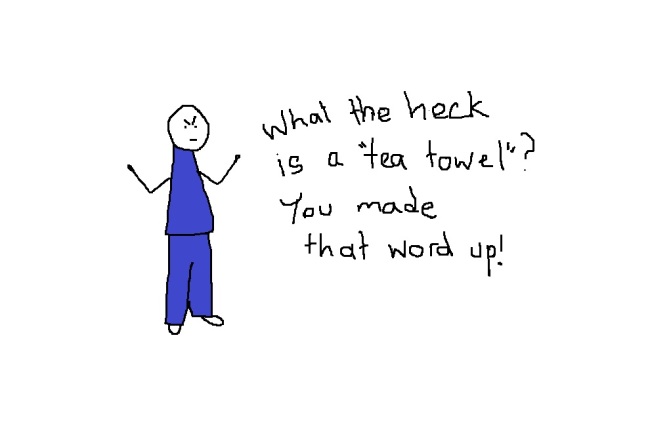 He is extremely good with kids. There was this one time when we were new parents with just one baby, and one night at about 2am when she had been crying in my arms for what felt like ten years, and I was losing my mind; he came over and took her and rocked her to sleep.  Even though it took him half an hour and she fought him on it.  By then I was about as useful as a wet rag, in the corner mumbling homicidal poetry to a stuffed toy giraffe and rocking back and forth.

He just calmly put on the baby sleep CD of whale songs and water whooshing noises, and rocked and rocked that baby, and when he finally got her to sleep, he put her down and we all stopped breathing in case she woke up, and she DIDN’T and I slumped on the floor and almost cried from relief.  He walked across the room to turn off the CD, and stepped on this rubber duck toy and it went

Like a pteranodon in mortal agony. I think that’s the actual name of the squeaker insert.  We both totally froze, and looked at the baby, and she murmered and shifted a little, and then stayed asleep, and we both started breathing again, except then we realised at the same time that he had his foot still on the toy, and sooner or later he was going to have to raise his foot off the toy or stay there forever.  I was going a kind of purple colour and spluttering out of my nose from trying not to laugh, but he just had this look like he would definitely pick up the baby again if he woke her up. I really appreciated him in that moment.

On the downside, he’s ridiculously messy.  There have been other times when I wonder just how messy he really is, and whether
he makes any attempt at all to be more tidy. If he is, it doesn’t show. 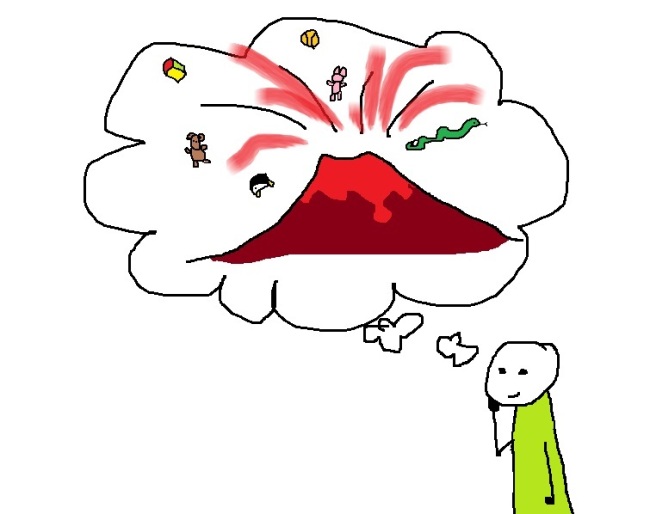 I suspect she was just wishing out loud.

So I lose my nut over mess pretty regularly. He never does, because he honestly doesn’t care. In a way it’s liberating. He doesn’t care if it’s kind of messy, therefore doesn’t care if I don’t clean and polish like a maniac. I do anyway, time permitting, but when I do it’s for me, not him.

Mostly he stays solid as a rock, while i lose my mind at something. 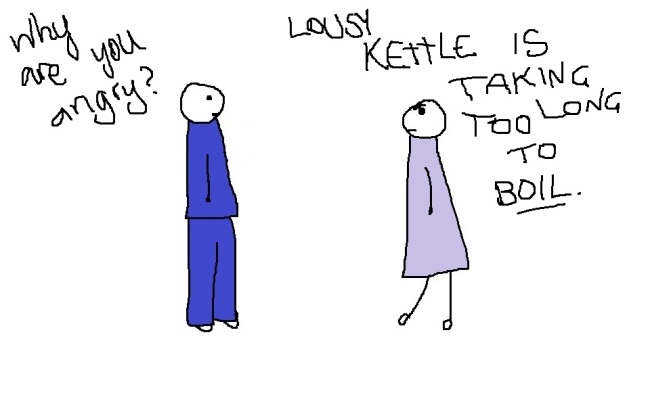 It’s just that, at this altitude, I have certain expectations…

Or when I am struggling with absurd, obtuse instructions. 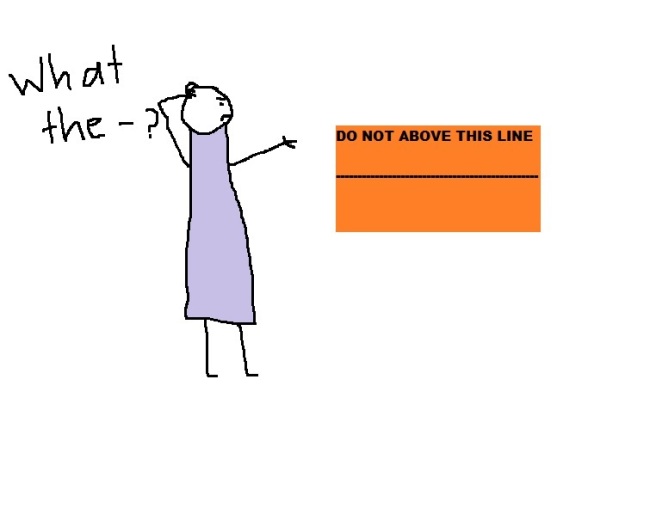 Government forms are my nemesis.

Seriously?  So what on Earth do I do below it??

He almost never does housework, so he kind of fails that, but on the up side, he does a heck of a lot of last-minute and/or late night running errands.  Except he can be pretty literal at times.  Like, really literal.  For instance, I asked him last week, “Can you go to the grocer and buy a bag of apples. Oh, and if they have eggs, get a dozen.”

So off he went, and half an hour later he’s back again, unloads his car, and fills the kitchen with apples.

I looked around and said, carefully, “um, honey, can you please tell me what is happening?”

Well, they had eggs!

But he deserves some focus for a change. Because this guy has my back.

He deals with the blood, when there is blood.  And honestly, with small kids, trampolines, bikes, scooters, bunk beds, and general tomfoolery, blood will happen sooner or later. 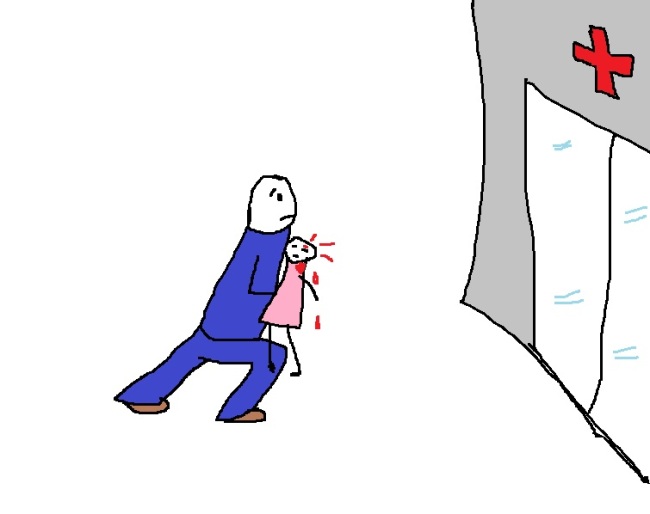 This one was jumping on the sofa. Correction: Jumping OFF the sofa.

He has saved each child from choking on something at least once. One of them tried to eat a box of tissues when she was very tiny and her mouth was so full and her airways so blocked that she couldn’t make a sound to let us know that she was choking. I glanced over at her and screamed and my husband threw furniture out of the way to get to her fast, and scooped them all out. Maybe she would have been ok anyway, but I’m seriously glad we never had to find out.

Plus, I always hated that table.

This other time, one of our children was potty training, she was about 2 years old, and doing pretty well at it for the most part. we had also learned to recognise her signals, of when she needed to go. This one time, she obviously needed to go, like, REALLY needed to go, and for some reason the potty wasn’t where it should be, and she had already gotten herself ready to go, so she was panicking and sort of half-sitting and past the point of no return.

In other words, she was about to defecate on our brand new carpets.

My husband, bless him, realised there were no options left.  He closed his eyes and turned his face away and stuck out his hands and caught the poop on the way down. My daughter ran off happily. My husband stood up and ran VERY CAREFULLY to the bathroom. 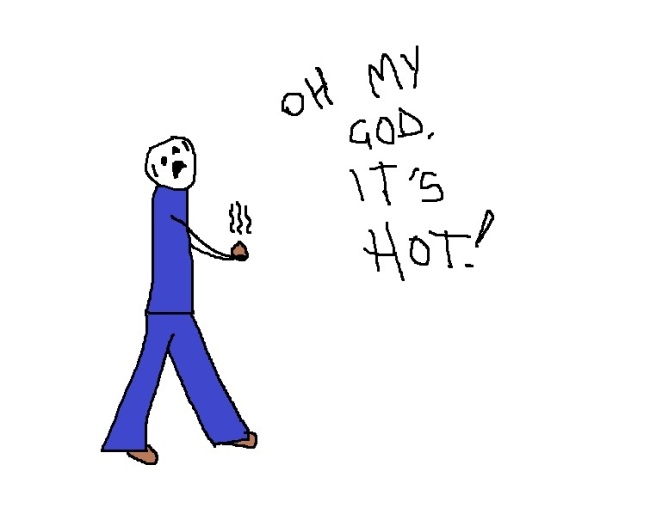 Yep, we know how to party.

So, happy 7th anniversary, Mr Bodysoluble; watch out for the Toy-Volcano, and here’s to the next 7 years. We’ll be having apple pie for dinner. Probably for all seven of them.