Having a new baby makes doing anything (ok everything) more difficult.  Having three children, one at school, is an absolute hand full.  The day I came home from hospital, I was wishing that I had stayed longer, because they take care of things like meals and cleaning, and I didn’t have to do very much.

But then I remembered what it was like being in hospital.

For starters, labour sucked.  I mean, it was REALLY painful.  To be fair, that isn’t the fault of the hospital.  Mostly it was about me, and my inability to handle the huge amounts of pain I was in, partly from being already very tired, but mostly because, well, it’s a huge amount of pain.  I’ll spare you the details, but it felt a little like this: 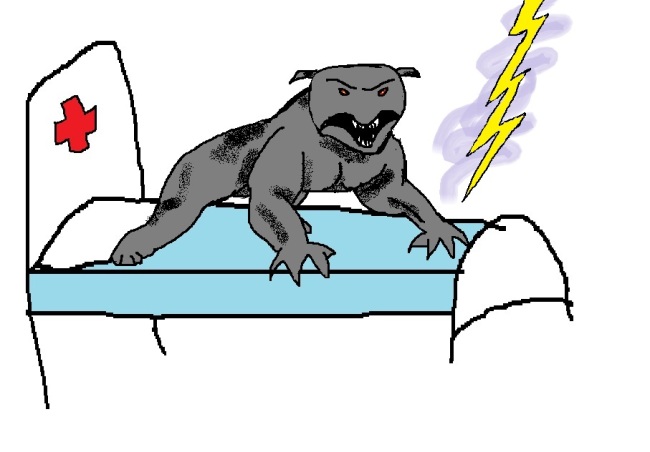 There is no labour, only Zuul.

Once that was all dealt with, and I had a wonderful, healthy little baby, I was still very tired.  Suddenly the little things that usually just irritate me, began to grate on my nerves at a whole new level.

There is the hospital attitude to linen.  I can understand with newborn babies, the need to swaddle.

New babies like to be swaddled.  New mothers, however do not.

I’d press the call button, but I can’t move my arms.

As if being strapped down by bed linen isn’t bad enough, the toilet paper in my bathroom was installed to run down the far side of the roll, against the wall.  This is an abomination. 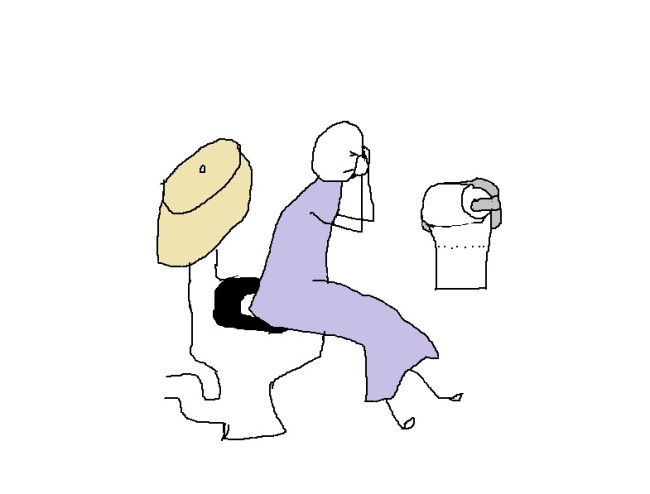 But the thing that stands out most is the interruptions.  I was there for about 48 hours, during which time I should have slept for at least 16 hours.  I think I may have managed 14 minutes in total.  I wish I was exaggerating.  It wasn’t because of any noise.  (Not like last time).  But because of constant interruptions.

There was the nurse who kept coming in to ask if I had been to the bathroom yet. 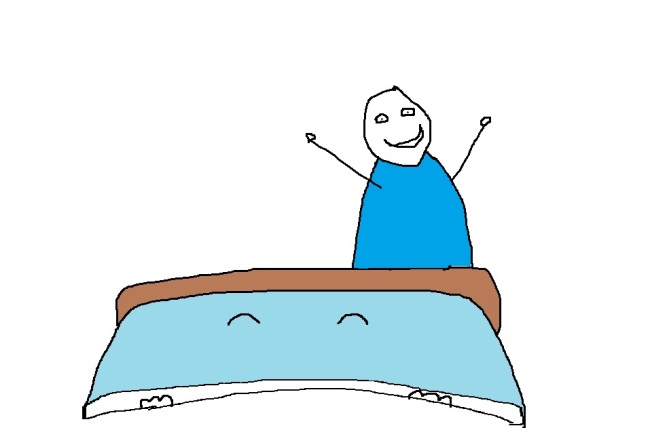 She will lose that enthusiasm when I tell her what I think of the toilet paper situation.

Then the people related to the new mother in the next bed, who kept passing me by and peering in. 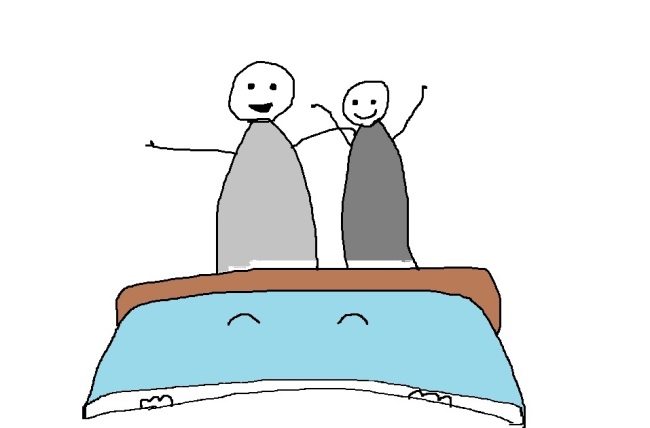 They were super excited. And apparently unaware of the notion of peace and quiet. Or privacy. Or coloured fabrics.

The ritual of the breakfast tray lady, ridiculously punctual, serving breakfast at the crack of dawn.

By this point I was trailing a sleep deficit of about 3 weeks, due to the end of pregnancy generally sucking and pre-labour going on for the two days prior to labour actually kicking off.  Eventually I cracked under the strain of fatigue.  I asked the midwives to take my baby to the nursery where they would mind her for a few hours, so that I could get a little rest. 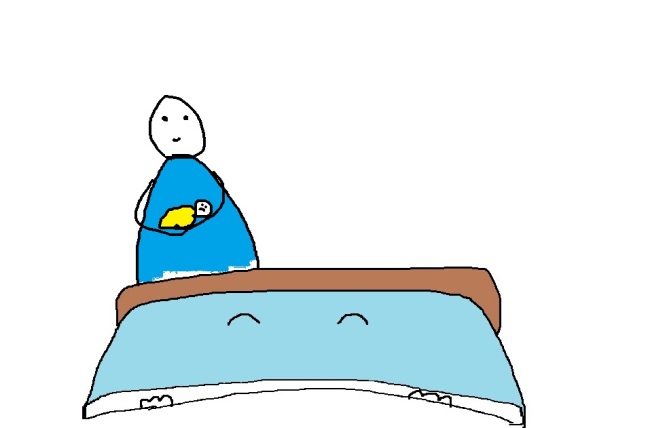 I want it back in one piece, you hear me?!

This apparently prompted more people to ooze out of the woodwork.  Like the nurse who came in 20 minutes later, JUST AS I WAS FALLING ASLEEP, and said “I’ll just give you this before you take your nap”.

I named her “Nurse Deathwish”

Apparently word of my nap was getting around, because she was followed by another midwife who wanted to see if I needed any pain killers (paracetamol, sadly, not the cool ones) in order to help me sleep. 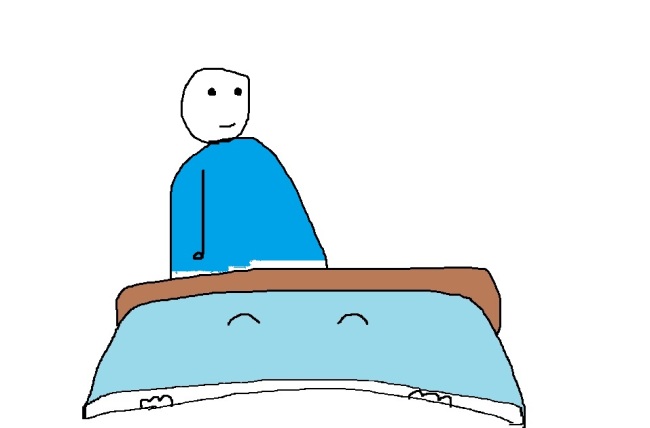 Actually, yes, can I please have 500mg of Get The Hell Out Of My Room?

Curiously-Prompt Lunch Lady then came back.

Seriously, is there a queue outside my door?

At which point the midwife brought back my baby because she was starting to get hungry.

Well, that was thoroughly pointless.

Later in the day, a midwife asked how I was feeling, and I said “tired.”  I saw no reason to hesitate.  She said “we could mind your baby in the nursery for a while if you like, to let you get some peace and quiet.”  I said, honestly, “the baby isn’t the problem.”.  I did not take up the offer, I couldn’t bear to get my hopes up again.

However the day ended well, and eventually there was one interruption I was very pleased about.

That sound you hear is my heart melting.

Although I never did get a wink of sleep in that hospital.

Pregnancy was swell.  But now, the swelling has gone down.  The oedema has GONE, and once again, I have ankles!  I am so excited, and I can wear normal shoes again! 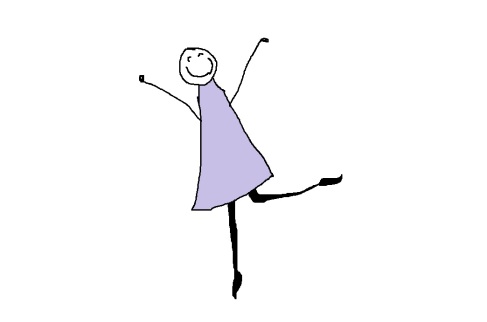 Now I just have to lose the pregnancy weight…

I am so glad to be post partum.  Pregnancy was getting me down.  I mean, it’s physically really demanding to be all unbalanced, overweighted, your centre of gravity is not where it used to be, your ligaments are all loosening up and your skeleton feels like everything is moving around.  Then there’s baby kicking and punching… it’s hard work.

But what is less obvious is the emotional side.  The ups and downs, the weird logic that your pregnant brain cooks up for your own retrospective humiliation and your friends’, colleagues’ and families’ bewilderment.

Let me furnish you with an example.

Some years ago I worked in a small office, and a colleague there was around 6 months pregnant.  She had been there for many years, she was a very loyal and hardworking employee.  This was her first pregnancy.  She was thrilled.  But she was also a basket case most of the time.  She started coming in to work an hour or two early, and sitting alone in the conference room, watching and waiting for the other staff members to arrive.  She never said anything, just watched in silence.  Which it turns out is far, far creepier. 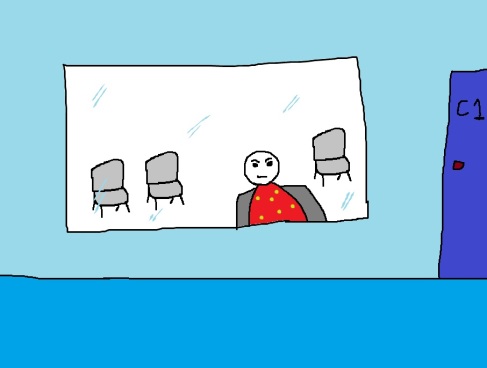 I like to think she was also patting a cat while in there.

This was weird behaviour, especially for her.  But we grew accustomed to it, and eventually nobody noticed any more.

Then one day she went to the bathroom. 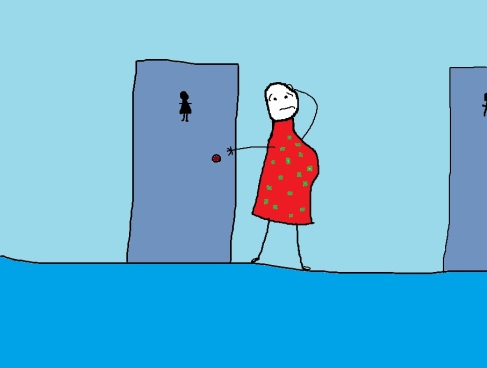 She was gone for ages.  People were practically lining up to do that “did you fall in?” joke when she came out.  Except when she came out she was pretty much crackling with fury.  She stormed down to her office, grabbed her things, and then stormed even harder into the CEO’s office.

She resigned, on the spot, and went home.  She meant it too, she did not come back.

Later that week, someone asked the CEO what had upset her so much.  He said that there had been no toilet paper in the bathroom.

So, you know, totally worth throwing 8 years of loyal service away.

The fact that there were around 50 rolls in the store cupboard right beside the bathrooms apparently didn’t change things.

Anyway, that’s one of the more extreme instances I can think of, where I have been on the outside looking in, and it looks very much like the proverbial basket case.

However, when you are on inside of that amount of crazy, it’s very hard to see it as anything but logical, rational sense.

Of course, I am above all that.

You just can’t understand why nobody else thinks the same things are as important as you do.

In my defence, I was really, incredibly thirsty.

All I’m saying is, I’m glad that is behind me.  I can go back to being my normal amount of insane, instead of the super-pregnancy-hyper-insane that can cost you your job.  Or your marriage.

Now if the oedema would just go away, I could start to feel like my old self again.

Sometimes, the baby actually sleeps, and I can get some cleaning done. 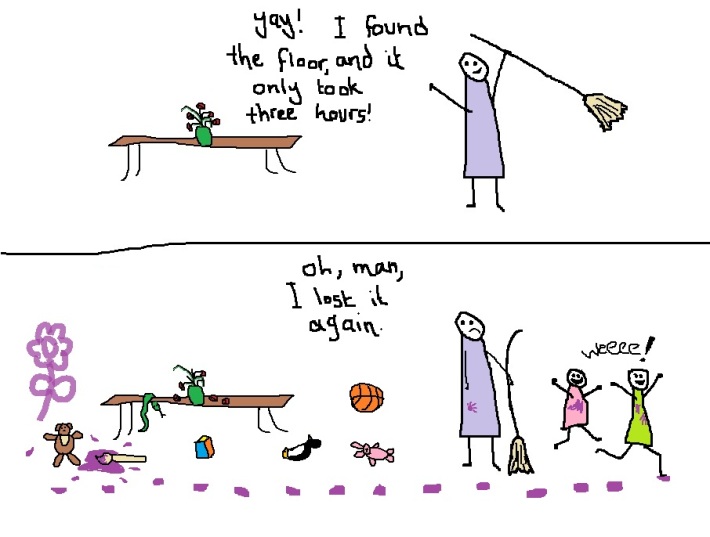 Not that anyone could ever tell.

If she sleeps more now, I can get stuff done… but then she won’t sleep at night, and I lose the chance to sleep… what to do, what to do… 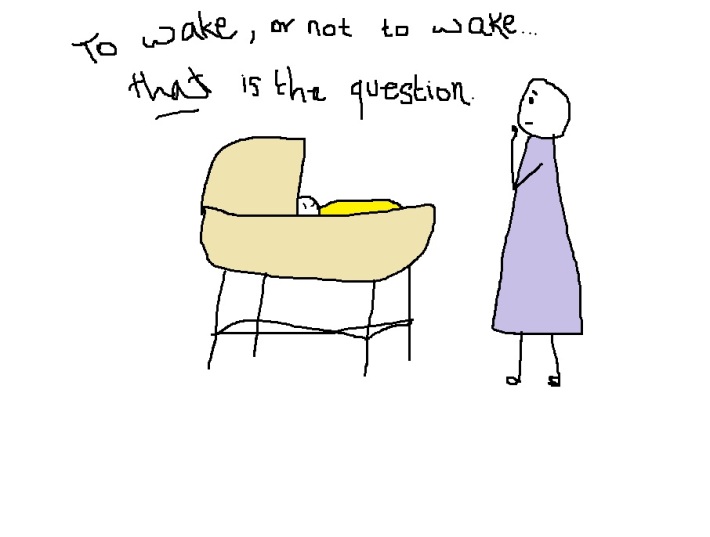 It’s largely irrelevant, because if I move at all, she wakes up anyway.

Best to just stand there in absolute silence, watching her breathe.  Because she’s so very cute.  It’s the easiest time to appreciate babies; when they’re asleep.  The rest of the time, it’s too hectic to notice.

Had our third baby on 3.3.13.  Labour sucks, by the way, I had underestimated how much it sucked, and I am writing it down again, so that I will remember for the future.  However, it is TOTALLY worth it.  I am extremely pleased to announce the safe arrival of daughter no. 3.

I’ll be honest, I spent longer thinking about what colour to paint her on this blog, than I did on what to actually name her.  It’s a big decision with lifelong ramifications, see?  Already I have her best interests at heart. 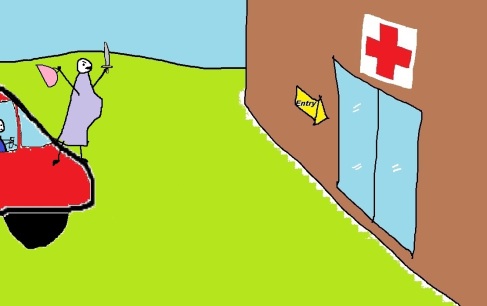 Once more into the fray!

On the oldest battlefield of all…

This work by Bodysoluble is licensed under a Creative Commons Attribution-NonCommercial-NoDerivs 3.0 Unported License.
Based on a work at bodysoluble.com.