It’s hard going anywhere with children.  They absorb everything.  Which is fine, and how they are supposed to learn things.  But they seem to be little walking stores of honesty, and then they pick the worst moments to let it out.  Sometimes it’s perfectly harmless, and even really cute. 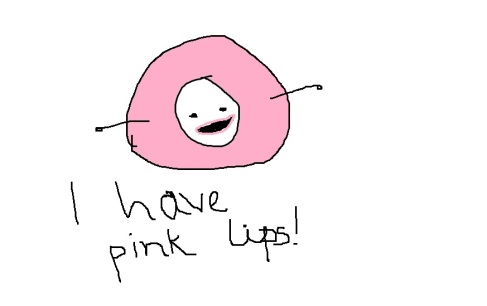 Or it’s unpleasant but only in a mild way, and only manages to upset one person.

Other times, it’s loud and in a public place and contains so much embarrassing information it’s hard to know how to react.

For instance, at the supermarket.

Oh yeah, and after yelling that, she yelled out that she wanted me to rub her bum so it would be warm again.  I was too busy at the time wondering why she sat on the butter at all, and if anyone else was disturbed by that.

Sometimes they stealth it on you.  They start off being adorable and cute, and you let your guard down, and then they  throw a whopping curve ball.

And you’re left lost and bewildered wondering what just happened.  Hoping nobody else heard it.

When you know damn well that they did.

But my favourite would be the cheerful logical conclusions they draw based on a premise that is unflattering to start with, and they usually save this type up for the end of the day, when you’re worn out and have no remaining energy or self-esteem left to cope with it. 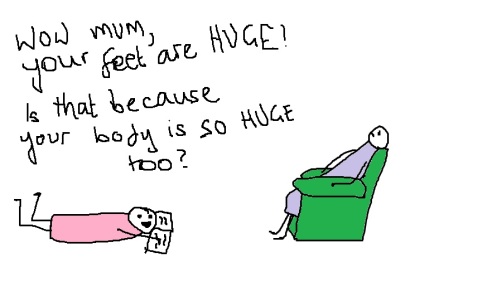 Those moments are precious.

No, in fact, those moments are difficult.

Change that.  Those moments are annoying.  And draining and embarrassing and occasionally frightening.

However in hindsight (say, much later when the sting has worn off) those moments are also hilarious.